Dr. Andrew MacDougall on the Efficacy of Nature-based Solutions

An interview with Dr. Andrew MacDougall as part of a series unraveling how investment in nature-based solutions delivers positive environmental, social and economic impacts, creating a better future for everyone.

Dr. Andrew MacDougall, Professor, Department of Integrative Biology, College of Biological Sciences, University of Guelph and his team at the MacDougall Ecology Lab are studying the efficacy of ALUS’ prairie restoration sites in southwestern Ontario and quantifying the ecosystem services being produced, including biodiversity, carbon sequestration and nutrient retention. From pollinators and insects to soil quality, Dr. Andrew MacDougall and the scientists at the MacDougall Ecology Lab are measuring the impact New Acre Project is having on farms when it comes to clearer air, cleaner water and biodiversity.

Working with ALUS and New Acre Project, farmers and ranchers enroll marginal parcels of their land to build nature-based solutions to the climate and biodiversity crises, along with other ecological stewardship challenges. Projects includes restoring tallgrass prairie and creating pollinator habitat.

As a scientist, Andrew works to measure and understand what impacts these ecosystem projects have.

“It’s one thing to plant acres of tallgrass or other plant species,” he says. “But the question was, is this actually doing anything? We’ve been able to prove that, first and foremost, this program works.”

Andrew, the scientists at the MacDougall Ecology Lab and other researchers at the University of Guelph have been measuring the activity of pollinators and other bioindicators on ALUS farmlands since 2013. The research has confirmed the positive impact of ALUS projects—indicating a 300% increase in pollinators and beneficial insects after a project is established*. The MacDougall lab’s research also shows that ALUS projects provide critical habitat for beneficial insects (insects, centipedes, millipedes, etc.), promote biodiversity in agroecosystems, capture and store carbon in the soil and at certain times of the year impede 50–100% of nutrients from synthetic fertilizers, particularly nitrogen and phosphorus, from leaching into ground and surface waters.

Extending that work into the future, Andrew imagines using the information he and his team have measured and collected to create per-acre benchmarks that provide greater insights into the benefits of ecosystem projects. With that data, New Acre Project can help organizations clearly articulate the value they are creating by investing in nature-based solutions.

“For example, we want to show that with each acre of land preserved that’s 25 bird species benefitting, six grams of carbon captured and so forth, for example. That’s the kind of accounting system we’re trying to build,” he says.

Andrew’s research shows that the impact is immediate, even when restoring a small parcel of land.

“We find, almost instantly, that creating habitat doubles the diversity of native pollinators and triples their abundance. The birds respond, the bats respond, and that shows us that a lot of biodiversity is starved for habitat on farm landscapes,” says Andrew. “When you build a habitat, they—species—show up really quickly and in large numbers and their populations proliferate.”

“Work by PhD student Ally Dolezal has clearly shown that when you build a prairie strip next to a pumpkin field, the bees sweep in the pumpkin field and then go back to the prairie, and that’s where you can start to get benefit,” says Andrew. “Norfolk and Elgin counties are like Canada’s garden basket. They produce a lot of things that need pollinators – from squash and pumpkins to strawberries, asparagus, and apples. The pollinators are super important.”

The positive environmental impacts of building nature-based solutions on farms grow over time. Andrew compares the accumulation of benefits that comes after pollinators are attracted to a protected piece of land to capital that compounds interest.

“Biodiversity shows up first. Then, the root networks build as the prairies develop, and they become very effective at capturing nutrients. That takes three to five years. And then the carbon storage in the soil starts to accumulate,” he says. “The system works.”

Recognizing that carbon sequestration is critical. Andrew and his team are looking at how to speed up the process. He recognizes this is a complex undertaking.

“It takes a while to build the soil health back, but it can be done,” he says. “Recent collaborative work with the University of Minnesota, on sandy soils almost identical to those of Norfolk County, observed a tripling of soil carbon on retired farmland*.”

While some organizations focus solely on preserving nature and biodiversity, Andrew notes that many corporations are interested in helping to create and enhance natural capital to drive measurable impacts. Furthermore, he notes that while most corporations now recognize the need for sustainable business practices and want to address the impact climate change is having on the world economy, they are looking for credible and scientifically validated partnerships to fulfill their impacts and establish positive relationships across their supply chain.

This appetite for new investment avenues and the need to understand the impact of the investment pairs perfectly with New Acre Project, which leverages market interest in nature-based solutions to support private landowners’ access to technical and financial support to establish and maintain such projects.

“A large part of the world’s arable landscape is now cultivated to some degree for crops, cultivation that makes it difficult for the soil to regenerate and capture carbon,” Andrew says. “We have to find a way to increase carbon mitigation and reward farmers for that.”

The farmers that Andrew and his team have worked with are all very keen to participate and support efforts to measure the impact their work is having. Stewardship and sustainability matter to these farmers, but they don’t always have the resources or support to take the action they would like.

New Acre Project and ALUS make it economically feasible for farmers to manage uneconomical lands differently to create ecosystem services and generate environmental benefits without disrupting their operation. This, in turn, will not only help address the climate crisis and the global threats to biodiversity, but ensure that we can meet the food demands of the world’s population.

Through his work, Andrew is helping to connect the dots between things like biodiversity and carbon mitigation on farmlands, making it tangible for companies to see the impact they are having by investing in nature.

“I think it has to happen one farm at a time. This is where the power of ALUS’ work comes in, because they have so many farms—40,000 acres in Canada as a whole now and that adds up,” he says. “When corporations invest in New Acre Project, they get credit for real, measurable impacts, the farmer gets money and the land is protected. If every organization could do this, it would make a big difference.” Contributing to the Sustainable Development Goals 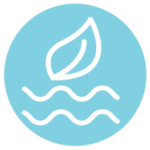 Improves the health of watersheds Let’s talk about how you can create shared value for your business, your customers and your communities. An interview with Tima Bansal as part of a series unraveling how investment in nature-based solutions delivers positive environmental, social and economic impacts, creating a better future for everyone. Tima Bansal is a Professor of Strategy at Western University’s... Elizabeth Shirt on Market Solutions for the Environment

An interview with Elizabeth Shirt as part of a series unraveling how investment in nature-based solutions delivers positive environmental, social and economic impacts, creating a better future for everyone.Elizabeth Shirt is the Managing Director for GLOBE Series. She...

An interview with Tima Bansal as part of a series unraveling how investment in nature-based solutions delivers positive environmental, social and economic impacts, creating a better future for everyone. Tima Bansal is a Professor of Strategy at Western University’s...

Elizabeth Shirt on Market Solutions for the Environment

An interview with Elizabeth Shirt as part of a series unraveling how investment in nature-based solutions delivers positive environmental, social and economic impacts, creating a better future for everyone.Elizabeth Shirt is the Managing Director for GLOBE Series. She...